So, after the recent terror attacks in Paris, the UK suffered from the usual knee-jerk reactions from the technologically-challenged chaps we have governing us. “Let’s ban encryption the Government can’t crack”, they say. Many people mocked this, saying that terrorists were flouting laws anyway, so why would they obey the rules on crypto? How would companies that rely on crypto do business in the UK (that’s everyone, by the way)?

Well, I’m not going to dwell on those points, because I am rather late to the party in writing this piece, and because those points are boring :) In any case, if the Internet went all plaintext on us, web filtering would be a whole lot easier, and Smoothwall’s HTTPS features wouldn’t be quite so popular!

If the real intent of the law is to be able to arrest someone just for having, or sending encrypted data - the equivalent of arresting someone for looking funny (or stepping on the cracks in pavements). What would our miscreants do next?

Well, the idea we need to explore is “plausible deniability”. For example, you are a De Niro-esque mafia enforcer. You need to carry a baseball bat, for the commission of your illicit  work. If you want to be able to fool the local law enforcement, you might also carry a baseball. “i’m going to play baseball, officer” (may not go down well at 3 in the morning when you have a corpse in the back seat of your car, but it’s a start). You conceal your weapon among things that help it look normal. It is possible conceal the cryptography “weapon” so that law enforcement can’t see it’s there so they can’t arrest anyone. Is it possible to say “sorry officer, no AES256 here, just a picture of a kitteh”? If so, you have plausible deniability.


What’s the crypto equivalent? Steganography. The idea of hiding a message inside other data, such that it is very hard to prove a hidden message is there at all. Here’s an example: 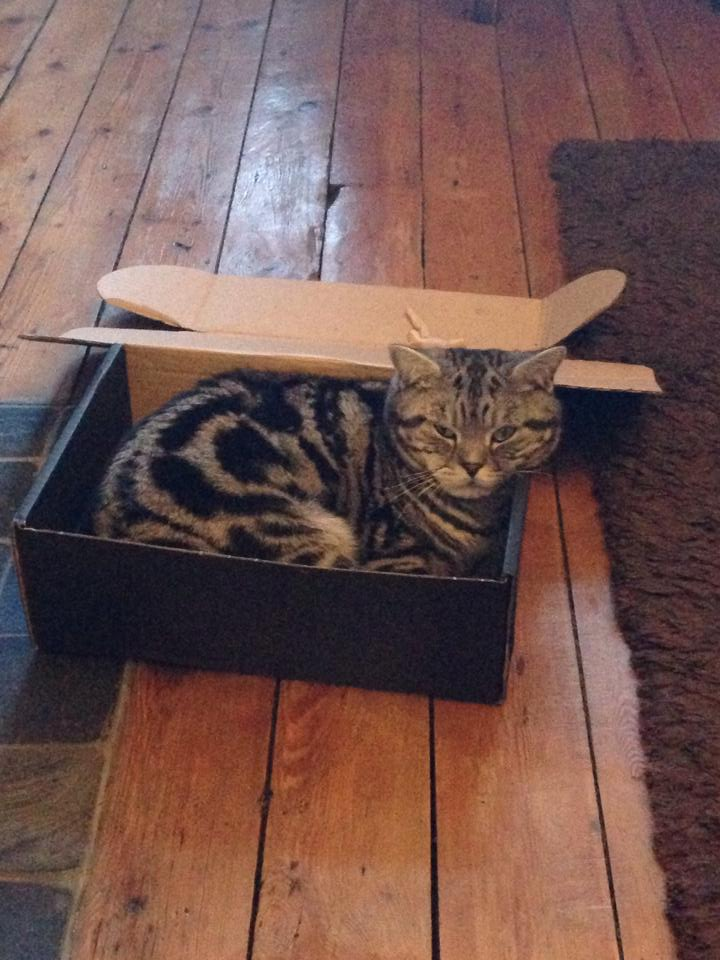 This image of a slightly irritated looking cat in a shoebox contains a short message. It will be very hard to find, because the original image is only on my harddisk, so you have nothing to compare to. There are many steganographic methods for hiding the text, and it is extremely short by comparison to the image. If I had encrypted the text… well, you would find it even harder, because you couldn’t even look for words. It is left as an exercise for the reader to tell me in a comment what the message is.